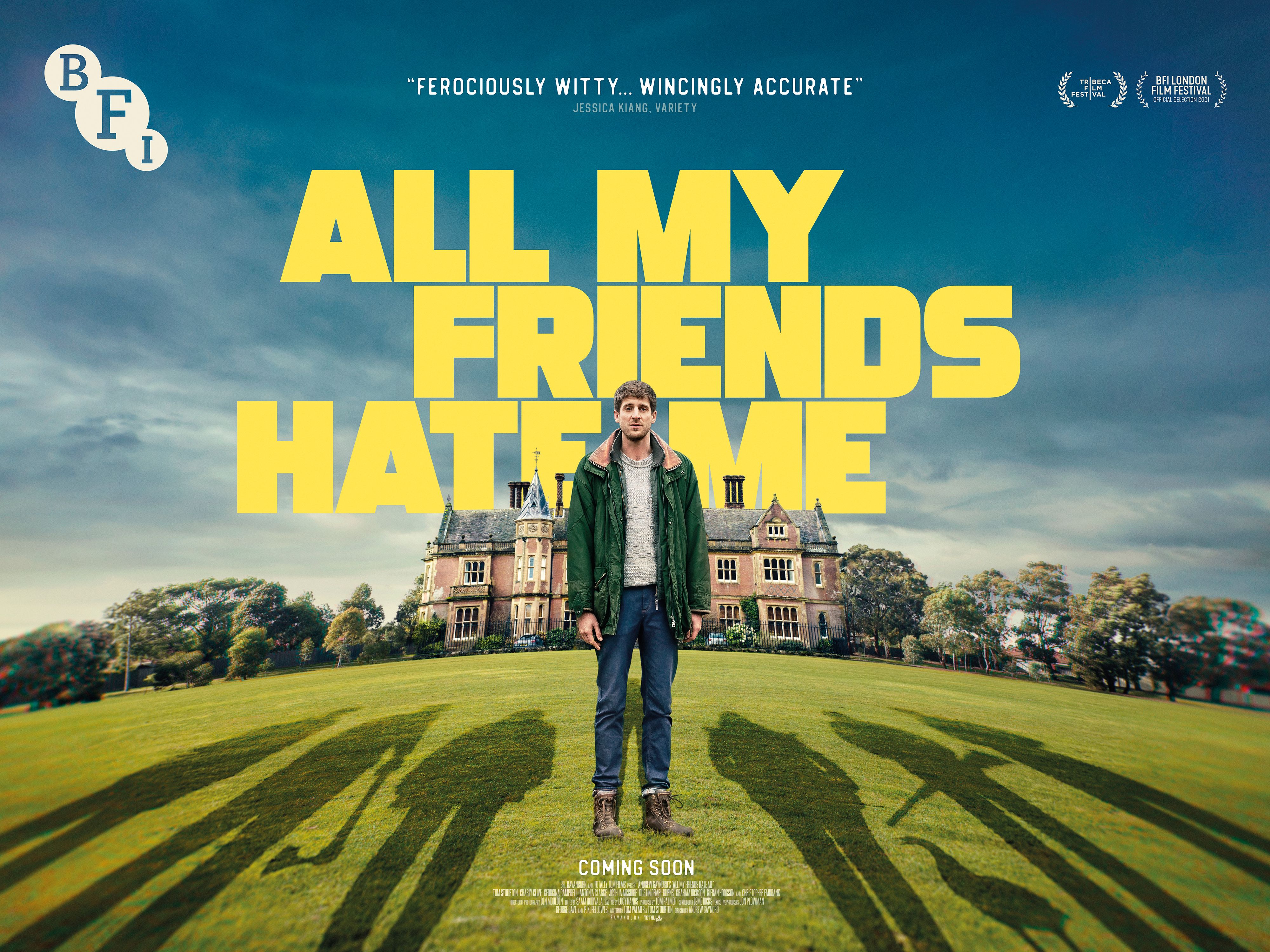 Returned from volunteering in a refugee camp, it’s Pete’s (Tom Stourton) 31st birthday party and the old gang from college are throwing him a party out in the country. During what’s meant to be a joyful weekend reunion, Pete finds himself increasingly unnerved by his friends inside jokes and snarky comments. As the atmosphere goes from awkward to terrifying to downright surreal, Pete is pushed to the breaking point. Is he being paranoid or is he the butt of some elaborate joke? Directed by Andrew Gaynord known for the Netflix comedy series Characters, using a razor-sharp script by Tom Stourton and Tom Palmer and with a cast of rising British talent, All My Friends Hate Me is a deliberately dark comedy about social paranoia.